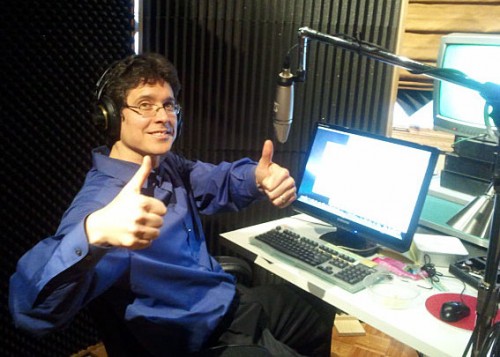 We recently put the finishing touches on the Spanish and English DVD versions of The Alpha Course for our clients Alpha USA.

This multi-disc DVD set comprises eleven original hours of footage appearing both in English and Spanish. In terms of menus, we designed motion menus that closely match the UK version of this project, where Alpha is based. There are full menus and functionality in both languages with a “Choose Your Language” menu at the very top of the disc. Then from language menu, you can choose to watch the video with Spanish or English audio and with English or Spanish subtitles (or none).

The challenge put to us was to find a way to get all that footage on just four discs! Had it been just eleven hours it would have been no sweat. But we needed to have on-screen Spanish and English titles throughout the video. That meant all that video needed to be on the discs twice, meaning 22 hours of video!

While we initially feared that the video quality would suffer by having to compress it that much, our experiments proved the contrary. The video quality was nearly identical even at minimal encoding rates and with a little tweaking, the animation looked good as well.

Another great challenge was to create Spanish audio that was not only perfectly synced but watchable, a rarity for syncing. Through our partners in the project at LRS Recording, we created an outstanding product that if you don’t look closely (or take off your glasses) you would swear was actually in Spanish. Our voice-over talent, David Medrano, perfectly matched the original speaker’s tone, character, and sense of humor.

The Alpha Course was the complete package in terms of showcasing the full abilities of DKP Image + Media.

Let us know if you need help with your English or Spanish DVDs.