How Do You Say “Golf” in Chinese?1 minutes reading this 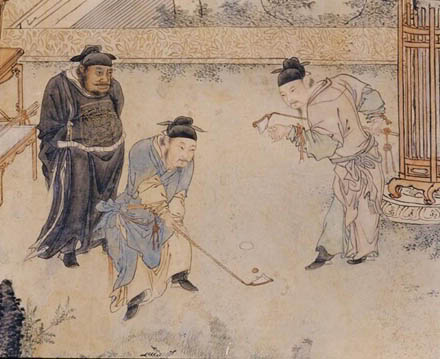 Although there’s still nobody at DKP who can break 100, we’ve been working non-stop on a multi-language golf project for Butch Harmon: the biggest golf instructor in the world! “Butch Harmon about Golf” is being sold internationally dubbed from English to Chinese, French, Japanese, Korean, and Spanish. DKP produced the foreign language audio tracks with help from LRS Recording and also handled the translation.

It’s not news to the world that you can throw that many languages on a disc. What made this project unique was translating golf terminology, which is a language unto itself, into five languages. We really should be adding “Golf” to the list of languages that we translate!

Although lots of times DVDs have menus just in English, even if they’re in multiple languages, we went a step further – five steps further actually. “Butch Harmon about Golf” has complete menu sets in all languages on the disc! It wasn’t easy to program, especially when you can’t read Japanese, Chinese, or Korean characters, but it certainly makes a better experience for a native speaker of any of the languages on the disc!

Give DKP a call if you need help with DVD Authoring or Blu-ray Authoring Discs in English, Chinese, French, Golf, Japanese, Korean, Spanish, or any language at all!

Dubbing or subtitles, we can handle it all!